When her father was about to set off, he left instructions, “Whenever my child is born, if it’s a boy let him live, but if it’s a girl, kill her.”

When the child was born, lo and behold it was a girl. Her mother and all the people in that country were nervous and troubled, because they had to kill the child, even though they had great affection for her and weren’t brave enough to kill her. In the end they deliberated and decided they would exile her in the mountains.

When the girl had grown, they escorted her to a mountain called Wansindoridori mountain, on the other side of seven mountains and seven valleys. As they were going, Wa Ode Ginunduri saw seven bolls of cotton and she plucked them to take with her to her place of exile. When they arrived over there, all her escorts returned home, leaving her on the mountain.

As long as she lived on the mountain, she worked with the cotton she had plucked, in order to plant it and to make cloth, and then to turn it into clothing for her absent father. The clothes she made were a complete set. There was a sarong, pants, shirt, turban, shawl, belt, and other things. In short, all of it was complete. That was Wa Ode Ginunduri’s work while she lived on Wansindoridori mountain.

Not long after that, the people estimated that her father was going to return, so all the officials and the village people agreed to slaughter a goat and bury it as a surrogate for the exiled girl. They also took the goat’s blood in order to show it to the girl’s father, as proof that his child who had been born was dead.

After that, they chanted the Koran and held a funeral service. While they were thus occupied, it turned out that Wa Ode Ginunduri’s father arrived there. Here father knew that the chanting and the festivities were part of a funeral service for his daughter whom they had killed. But even so, her father didn’t really believe that they had killed his child who had been born, even though he saw the blood and his child’s grave, because he knew the blood wasn’t really human blood. So her father had doubts about these things.

In the end in order to test the truth of the matter, they fed all the birds that were there. However, there was one bird that they forgot and didn’t give anything to eat. The name of that bird was Buubuu. While they were in the middle of chanting, suddenly that bird called out and said, “Bubu, hey! Head of the country, your child is on Wansindoridori mountain.” When the head of the country heard the bird’s voice, he ordered everyone who was chanting to stop, so that he could listen again to the bird’s voice. Again the bird spoke, “Bubu hey! Head of the country, your child is on Wansindori­dori mountain.” When he heard the bird’s words, he knew for sure that they had not killed his child that had been born, but they had just hidden her on Wansindoridori mountain. The head of that country was angry, and he said, “You all have deceived me!”

Then he ordered all the officials and all the people in that country to go call that girl child whom they had hidden on Wansindoridori mountain. So they went to call the child.

Beginning at that time her mother became sick at heart and ill, because she believed the father was going to kill their child. Therefore she could no longer get up, she just lay on the floor.

When they arrived over there, they spoke to the girl, saying, “Your father bids you to return. You are not to return to live, but you are to return to die.” Then the child answered, “Hey, all you officials. Just return and inform my father that I will return after my work is finished.”

They returned and told her father, “She says she will come once her work is finished.” Her work was to work cotton until it became finished clothing for her father.

Her father ordered them again, “Go again quickly, all you officials, and tell Wa Ode Ginunduri not to do anything, just come back. When she returns, she doesn’t return to live but she returns to die. Tell her I have already been waiting here a long time.”

All the following times that they approached her it was like that, she always excused herself with one of the steps of making clothes. Like that also the people who came to call her went back and forth.

After she had finished sewing all the clothes for her father, they approached her again to return home. This time she again excused herself. The first time she gave the excuse that she still needed to bathe, after that that she needed to put on makeup, and finally that she needed to dress.

In that way the group of officials kept coming and returning to tell Wa Ode Ginunduri’s father of the reasons that she gave. Finally when she was made up and dressed, and all the finishings ready, she took the section of bamboo in which she had stored all the clothes for her father which she had made during her stay on Wansindoridori mountain, and departed for the house of her father, who was awaiting her. Throughout that time, Wa Ode Ginunduri’s mother lay on the floor, her body becoming thinner and thinner, because she thought that her child who had been exiled was going to be killed by the father’s child.

Not long after that, the child arrived at her father’s house. Her father, who had been awaiting her, he greeted her and ordered her, “Come up to the house, I’ve been waiting for you for a long time. Now you are to die.”

As she was to go up to her father’s house, she saw that the place where she was to climb was made of very sharp iron, and if she stepped on it it would cut off her foot. Wa Ode Ginunduri asked, “Father, Mother, what should I step with if I come up?” Her father answered, “Step with your feet, you have feet.” Wa Ode Ginunduri ascended, stepping with her feet. When she ascended, her feet were cut off, because the rung was sharp.

She asked again, “What part of me I step with next?” Her father answered, “Your calves.” The child climbed again, and her calves were also cut off.

After that, when she was about to ascend, stepping with her neck, she took the bamboo section she had been holding and threw it in front of her father. Then she ascending, treading with her neck, then the child’s entire body was cut up and she died. The girl’s severed corpse lay heaped up under the ladder.

Her father took the bamboo storage case she had thrown and he opened it. When he had opened it, there it was filled with fine clothing, the results of the dead child’s work while she had lived on Wansindoridori mountain. Then her father opened the clothes and tried them on. Amazingly they all fit him perfectly, as if his measurements had already been taken.

After her father had put on the clothes and all of them fit his body, only then did he become aware of what he had done, and he began to regret his cruel deed. He began to realize that this girl, whom he thought had no use like a boy does, that in reality girls are also useful, because this girl was able to make clothing needed by people. When the father became aware of this, he too fell ill.

While all that was happening, it wasn’t long before there came an old woman to collect embers from the house of the father of the girl who had died. But then she saw there was a human corpse cut up under the ladder. Then she took the pieces and she brought them to her house and she stored them in a wooden chest. Every Monday and Friday night the old woman inspected the corpse and placed incense with it, until seven weeks had passed. When final Friday night came around, she opened the chest, and it turned out that the cut-up corpse was joined back together, and the young girl was alive again.

When she opened the chest, the child woke up and she said to the old woman, “How long I’ve slept, Grandmother!” The grandmother said, “Yes indeed you’ve slept long. In reality you were dead, your body was cut in pieces. I saw you when I went to seek scraps of thrown-away food, and to get embers at the house of the head of the country. You were under the ladder, and I collected you up and I brought you to my house.”

When the child had gotten up, she spoke again, “Grandmother, I’m hungry. Let’s eat.” The grandmother answered, “My child, what would you eat? There isn’t any food here. I’m a poor person. If I want to eat, I have to go to the house of the head of the country, your father, collecting scraps of food that have been thrown out. And that’s only if I beat a goat in competition. If I win, then the goat doesn’t get anything to eat, and if I’m defeated and the goat wins, I don’t get anything to eat. Even so, child, just be patient while I go seek food for us, hopefully I’ll find some.”

When the grandmother returned, she came with just a single egg. She gave the egg to the girl and she clasped it.  Then the child prayed to the Almighty for whatever things she wanted. At first she wished for food, and then there were all kinds of delicious foods, then she wished for a house with furnishings, and then there was a house complete with all kinds of very nice things inside.

To make a long story short, whatever she requested, she just clasped that egg and wished. In the end the girl was blessed, and she and the grandmother lived together in that nice house, filled with pleasures and riches that were very fine indeed.

We hope you enjoyed this story. You can download a print version (pdf) which gives the story in all three languages. 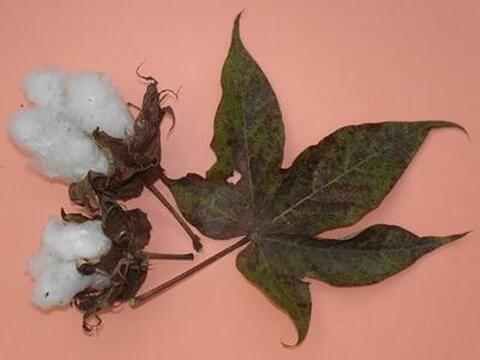