The pangaru is a kind of mimed combat dance. It is performed by two men (uncommonly two women), with musical accompaniment on the pasala (gamelan drum) and the ndoo (bass gong). In their mimed warfare, the participants use weapons such as machetes, daggers or sickle-swords. Rarely they use their bare hands.

The same musical rhythm is used for both the pangaru and the pomaani dances. The difference between the two dances is that the pangaru is performed by two or more people who mime combat with each other, while the pomaani is always performed individually. 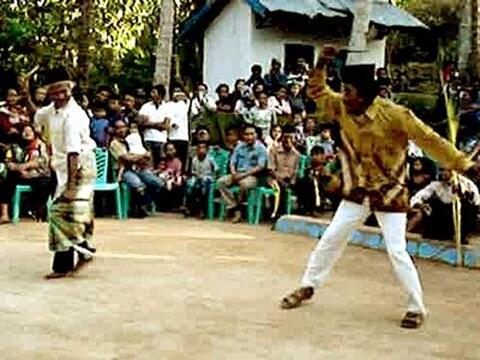